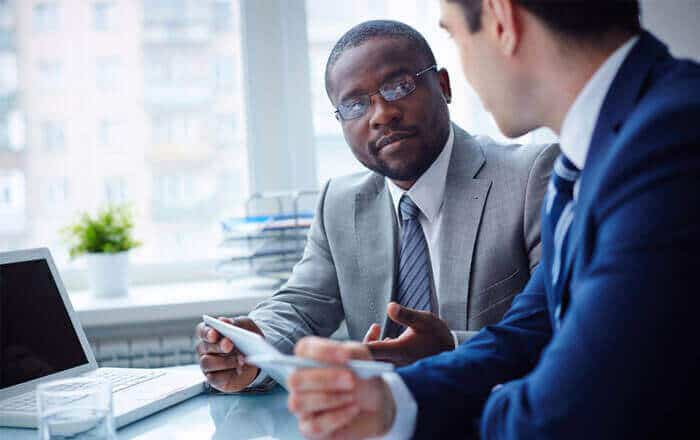 How To Overcome Difficult Circumstances and Build A Winning Startup

In a speech supporting another presidential candidate in 2004, Barack Obama moved many by highlighting the American Dream. He motivates his audience by telling of his humble family beginnings. Obama stated “Tonight is a particular honor for me, because let’s face it, my presence on this stage is pretty unlikely.” His father was a goat herder in Kenya and his grandfather was a domestic cook for the British. Despite the odds, his father received a scholarship to America. He graciously quoted, “My parents shared not only an improbable love. They shared an abiding faith in the possibilities of this nation…I stand here knowing that my story is part of the larger American story. I owe a debt to all of those who came before me in that in no other country on Earth is my story even possible.” Obama acknowledged that American pride is based on a simple premise, “We hold these truths to be self-evident. That all men are created equal. That they are endowed by their creator with certain inalienable rights. That among these are life, liberty, and the pursuit of happiness. That is the true genius of America. A faith in simple dreams. An insistence on small miracles.”

Then his speech took a turn. His focus turned to that of responsibility as he announced, “We are called to reaffirm our values and our commitments. To hold them against a hard reality, and see how we’re measuring up to the legacy of our forebears and the promise of future generations, and fellow Americans, Democrats, Republicans I say to you tonight we have more work to do.” Along with dreams come a responsibility, along with hope comes the responsibility to maintain it, and along with accomplishments and notoriety comes the responsibility of personal integrity.

This chapter will be no easy pill to swallow, because after you have conquered your fears and launched yourself into the pursuit of your dreams, your next battle will be much harder than the first. The weight of responsibility is much heavier than that of fear. Fear is actually the opposition. It is easy to fight an opposer once you recognize it and gain knowledge about how to win. You will take simple, yet bold steps and these battles will be conquered. On the other hand, responsibility is not an opposer. It is a challenger or a confronter. You actually need challengers and confronters. They are the things that will shape your character for the better. They are the necessary long glimpses into the mirror. They are the key to your maturity and growth. Without these you will not be able to uphold the position granted to you by your fulfilled dream. This is a different type of battle and it requires a different tactic. You must master the technique of embracing, coping, and forward thinking. If you oppose your responsibilities you will lose and set yourself back. This battle is a lifelong one. Responsibilities are here for the long haul.

In 2008, the former Senator Obama won the presidency. In this inauguration speech President Obama, with great reverence, said these words, “I know you didn’t do this just to win an election, and I know you didn’t do it for me. You did it because you understand the enormity of the task that lays ahead. For even as we celebrate tonight, we know the challenges that tomorrow will bring are the greatest of our lifetime. Two wars, a planet in peril, the worst financial crisis in a century. Even as we stand here tonight we know there are brave Americans waking up in the deserts of Iran and the mountains of Afghanistan to risk their lives for us. There are mothers and fathers who will lie awake after their children fall asleep to wonder how to pay the mortgage or pay their doctor’s bill or save enough for their child to get a college education. There’s new energy to harness. New jobs to be created. New schools to build. And threats to meet. Alliances to repair. The road ahead will be long. Our climb will be steep. We may not get there in one year or even in one term. But America I have never been more hopeful than I am tonight that we will get there. I promise you we as a people will get there. There will be setbacks and false starts. They’re many who won’t agree with every decision or policy I make as president and we know the government can’t solve every problem, but I will always be honest with you about the challenges we face. I will listen to you, especially when we disagree and above all I will ask you to join in the work of remaking this nation the only way it’s been done in America for two hundred and twenty-one years. Block by block, brick by brick, calloused hand by calloused hand…Yes we can!”

In lue of these words, a few things a clear. President Obama is conscious and aware of the great responsibility that lays ahead. He is humbled by his position and understands that in this position there is no room for pride. He is hopeful. And most importantly for the purpose of this chapter, he is not afraid of the hard work ahead, rather he is acknowledging it and embracing the challenge. Even in the shadow of the long list of horrors in his speech, Obama exudes confidence. How? Because when you acknowledge and embrace responsibility you have the upper hand. The length of the list did not change but his mindset did. He sees the problems ahead as they are, but by embracing them and not opposing or running from them Obama is able to view them from a different vantage point. He sees them as stepping stones.

Stepping stones are raised stones that are placed in a line across a stream or muddy area. They help you cross the area without getting your feet wet or dirty. The thing about them is you have to cross them carefully, taking one step at a time, otherwise your feet will land right in the mess you were attempting to avoid. The unveiling fact you’ll notice when crossing them is that you are so focused on taking one step at a time that you don’t pay much attention to anything else. This is the vantage point that Obama had. He focused on one step at a time not allowing other things to distract and overwhelm him. When your responsibilities begin to pile up or seem too great to accomplish, don’t drown in them. Don’t let them overtake you by focusing on them all at once. Embrace them and see them for what they are. Then take them on one at a time. They are mere stepping stones.

President Obama went into his first term, as all presidents do, with tenacity and vigor. He confronted tremendous issues in our country and sought to bring resolution to them. Yet, just as he stated in his inaugural speech, many opposed his decisions. It could even be perceived that more opposed him than he expected. Not only were many of his proposed laws opposed by congress, he also faced opposition from critics who questioned his loyalty to the country due to his nationality. Still the promises he made during his inaugural speech and leading up to his election could not be taken back. Obama could not use the excuse of being “picked on” by his peers. He had a responsibility. Many that could not be taken lightly. This is where our lesson on coping comes into play. Obama could not change his situation. He could not change the opinions of others. He had to cope with everything that was being done and said and keep working. How? How was he not crushed by the opposition? It’s simple. He had embraced his responsibilities. Obama could not very well focus on both his responsibilities and his opposing critics. If he tried to focus on appeasing his critics, he would lose his grip on his responsibilities. Rather than becoming entangled in a balancing act, he embraced his responsibilities more tightly. He continued to work on the plans he and his team had developed, and pushed relentlessly for them to be brought to light. Obama focused on the things he had control over, rather than the things he could not change. It is to this ability to cope and push forward that his victories can be attributed.

“Change we can believe in!” This was President Obama’s winning campaign mantra in 2008. In 2012, he ran for office once more. His first term was long and difficult. What would could possibly compel him to do it again? The fact is he has no choice. Barack Obama was possessed by his dream. He was determined to give Americans the change that would restore their hope. This time he changed his mantra to one word, “Forward.” The vision of forward and the possibilities moving forward could bring became his driving force. Obama’s sight was set on the fulfillment of his dream. He had tunnel vision. He saw only the other side. This is the technique of forward thinking. It is the art of refusing to allow disappointments or setbacks to break your focus. They exist, you know it, but they do not stop you.

During horse races, jockeys put blinders around the horses eyes. The animals can see nothing on their right or their left. They do this because, despite horse’s great strength and speed, they are easily spooked. The smallest thing can frighten a horse. The highest clocked speed a horse has reached to date is 43.97 miles per hour. A horse can never reach this potential if it is spooked by a kid playing with a ball in the stands, or a drunk guy throwing his beer can in the trash. So the jockey grants the horse tunnel vision, and they push through the entire race without distraction. Likewise, our potential can never be reached if we allow disappointments and setbacks to distract us. We must master forward thinking. We must create our own imaginary blinders, and focus our sights on the finish line.

Pursuing your dreams is by no means easy. In fact, to put it bluntly, it’s damn hard. One can not go into this journey without counting the costs. However, the truth is there no better journey. It is not a road of glamour or fairytale. Those roads do not exist. It is a road of difficulty and hard work. You will accomplish your dreams brick by brick and calloused hand by calloused hand. Your goals will be met only by mastering the techniques of embracing, coping, and forward thinking. These three will be the walls that safeguard your determination. They will keep your fire from burning out. You can and you will make it. See you on the other side.

We build software that we’re proud of.

They help your workflow and your business grow.