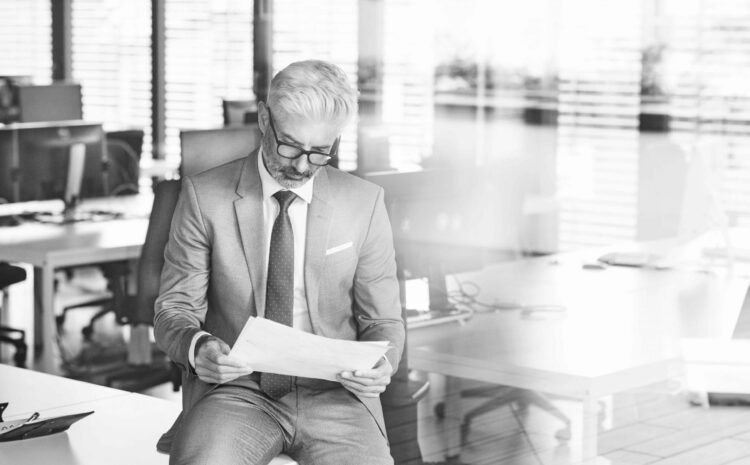 How To Conquer Your Limitations and Start Anything

As Dr. Martin Luther King Jr. so eloquently stated during his speech in New York in 1962, “Faith is taking the first step even when you don’t see the whole staircase.” Dr. King gave this speech to commemorate the Emancipation Proclamation. This is a bold and radical statement that grips my soul. It is a call to arms. A call to face your giants though the odds may be stacked against you.

During his speech, Dr. King gave his audience a clear picture of how the writing and signing of the Emancipation came about. He spoke of the moral battles our country’s presidents faced prior to making the decision to grant freedom to thousands of African American slaves. Each of them knew what needed to be done. They knew it was morally wrong to enslave human beings. Yet the ultimate decision to release them from bondage was delayed due to what they did not know. The only mystery in the matter was the outcome. What would happen if they no longer had access to the enormous labor force on which the country’s wealth was generated from? What would the slave owners do once their livelihood was taken away? Would their beloved country fall apart? Would these great States their ancestors had fought to join together disassemble? The presidents pondered the unknown until it weighed heavily on them and paralyzed them in fear and indecision. As a result, years went by with no change made to the harsh conditions and treatment of enslaved people. Many died, many suffered, and many were forgotten. Until one president broke free from the fear of the unknown. Under the direction of President Abraham Lincoln, the Emancipation Proclamation was signed and thousands of African Americans tasted freedom for the first time.

Dr. King picked up the baton years later in response to his own moral conscience. He knew that the job of the Emancipation Proclamation was not accomplished. Gratefully, Dr. King did not allow himself to be paralyzed by the unknown. He boldly lead multitudes toward freedom against grave odds, and it is because of his huge strides that African American people obtained the legal equal rights that exist today.

Toward the end of this same speech Dr. King stated, “There is but one way to commemorate the Emancipation Proclamation. That is to make its declaration of freedom real; to reach back to the origins of our nation when our message of equality electrified an unfree world, and reaffirm democracy by deeds as bold and daring as the issuance of the Emancipation Proclamation.” His statement echoed the need for bold and radical steps toward change without which nothing can reach its full potential.

Dr. Martin Luther King Jr, in his most famous speech in Washington D.C. in 1963, declared that his great non-violent Civil Rights movement was in fact fueled by a personal dream of his. This dream not only fueled his passion, but he had allowed the dream to take possession of him just as he grasped constantly to have possession of it. It drove him to relentlessly lead crowds in non-violent protests that were met with unimaginable brutality. Even when being beaten, abused, and imprisoned he did not stop chasing his dream. He was possessed. He was bound to the fulfillment of a sight he had never witnessed. He was an unstoppable force that destroyed figurative doors, walls, and mountains that many believed to be impossible to conquer. And all of this was because of a dream. His dream was not simply a whimsical thought which he held onto for a moment and allowed to drift away. His dream was a soul grasping, heart throbbing passion of which I’m sure brought him streams of tears and painful nights of weeping, and also of which he would never let go of no matter how much it hurt to hold on to. It was a lifelong journey type of dream. Those are the types that are the most fulfilling, and the pain can never amount to the pleasure the chase brings the pursuer.

Every invention, city, country, policy, person, company, movement, and notable accomplishment has its origins in a dream. Nothing began without inspiration from a dream. Nothing you see would ever be without there first being a dream. Therefore it would behoove you to belief steadfastly that every personal dream has the potential for greatness. There is no dream hierarchy. No dream is greater than the other. The only difference worth noting is the dreamer. The dream can only go as far as the dreamer is willing to take it.

Without the dreamer taking action the dream is idle. Think of Newton First Law. An object at rest stays at rest unless it is acted upon by an unbalanced force. For example, an avalanche is an unstoppable snow and ice slide that will obliterate anything in its path. Yet before the snow and ice becomes a massive force to reckon with, it is only snow and ice quietly at rest on a mountain. When this rest is disturbed by an unforeseen force, that same ice and snow will strike fear in the hearts of anyone in its path. Every dream is the same in this affect. It is only a small seed in a mind and heart. It has the potential to be massive and ferocious, but it will lay dormant until action is taken. Now, direct your mind to Newton’s third law. For every action, there is an equal and opposite reaction. The amount of force used on an object will determine the amount of force the object has. A baseball player on the batter’s mound has complete control over how far a baseball will go. He can tap the ball and it will be a grounder, or he can hit the ball as hard as he can and score a homerun. Likewise, a dream can go as far as the dreamer chooses. He or she determines how much of its potential the dream will meet. This means that difficult decisions, hard work, and determination are called for. They are not optional. The road less traveled is the only way to when at this game. It is, of course, the most difficult road to travel. Nevertheless, this road is the most fulfilling.

This brings me to the title of this chapter: Step Out. There are a plethora of reasons why many don’t pursue their dreams. All of the reasons are rooted in fear. It could be that your dream has never been done before, and the fear of unchartered waters is crippling. Maybe it is that you were raised in a poor family, and you don’t have any relatives who have accomplished anything as big as what you are thinking of. Possibly, you are surrounded by naysayers, and you can not seem to build up the self-motivation to pursue anything. Personally, my excuse was comfort and security. The fear of uncertain income haunted me and keep in at a job I had mentally outgrown. Whatever the case, we all share a common solution. We must all step out from under the weight and bondage of fear. Fear is a bondage similar to slavery. It emasculates us, beats us mentally, wraps us in chains of lies, and abuses our intellect until we ourselves are convinced that we can go no farther and be no better.

Bold and radical actions must be taken to step out of the bondage of fear just as this was necessary to break the yoke of slavery and inequality. This step will hurt. It may feel as though it will break you, but the other side isn’t as bad as it seems. There will be more pain ahead, but the pain will not outweigh the fulfillment you receive from the journey of pursuing your dreams. The road ahead is a mystery and there is no way of truly foreseeing the outcome. Nonetheless, do not silence the soul grasping passion inside of you that is faintly calling out. Do not allow regret to become your prison. Do not allow your dreams to fade into oblivion. Be diligent. Discover the bold and daring steps you must take, look them head on, and put one foot in front of the other. Do not stop moving until you have reached the other side of glory. In the words of Dr. King, “We’ve got some difficult days ahead, but it really doesn’t matter with me now, because I’ve been to the mountaintop. And I don’t mind…I’ve seen the Promised Land.”

We build software that we’re proud of.

They help your workflow and your business grow.